Spring is coming — and with it, more frac sand mines

At last, spring is finally arriving here in Buffalo County.  And what would spring be without some frac sand ruckus to report?  Plenty of updates to the Mines page this morning.

A new mine — River Valley Sands

The promoter behind this project is a fella from Minnesota who owns a trucking company — and this project is a trucker’s dream come true.  The haul routes (either through Gilmanton and Nelson on their way to Wabasha, or down to Winona) are super-long.  So the farmers will make the usual buck-a-ton and the truckers will rake in the chips — 200 loads a day, 1.5 million tons a year.

Oh, and it looks like there’s about 6 MILES of conveyers needed in order to connect all the parcels in the project.  Here’s a map of the mine location and those haul routes (you can click on the map for a bigger version). 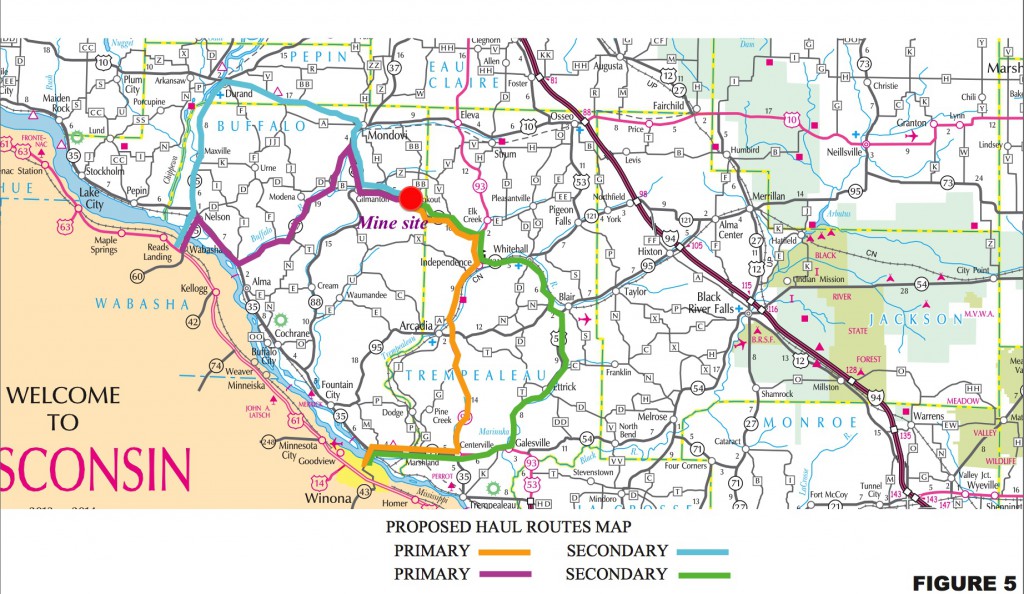 Seven Sands is back

Yep.  You may recall that the Glacier Sands application for this monstro mine was denied last year.  And if you’re really paying attention, you know that they filed an appeal of that decision.  What you’ll want to know is the latest news — they’re requesting that the judge put their appeal on hold so they can go ahead and submit a new application.  Pretty much in the “have your cake and eat it too” department.  If their new applications win, they’re all set.  If they’re denied, their appeal rises from the grave and they continue to fight.  Click HERE to read the letter they sent to the judge asking for cake.  I sure hope he denies their request.

Starkey Wash Plant is coming back too

This one’s still in the “trending rumor” department, but the information is pretty solid.  The first clue is that Seven Sands motion just above.  But lots of reliable sources are telling me that the REASON that Seven Sands application is coming back is because Glacier Sands really wants to bring the Starkey Wash Plant back around too.  Other contributing bits of information — word has it that the leases on that land have been renewed, plus lots of people have seen the Glacier folks poking around on the properties.  Makes sense, since Glacier Sands had a lawyer in every single County Board meeting, making sure that our new sand mining ordinance was gutted by our County Board.

So boys and girls, it’s time to start getting ready for some spring cleaning.