Is Buffalo County Sand Any Good??

More indications coming in that the frac sand boom in Buffalo County is mostly a line being fed to us by real-estate developers who put the deals together.

Word on the street is that Segerstrom is having some serious second thoughts about his mining project.  It turns out that there’s so much dirt in his sand that the much-heralded $30 million “dry processing” plant won’t work.  So he’s not shipping much sand (20 trucks/day instead of 200 and half of that is dirt), it’s going to a traditional plant up in Plum City and THEN getting shipped to Eau Claire (can you spell “not cost competitive?”).

Remember, Steve is the guy that destroyed his bluff to get to the “good” sand (after telling us we were crazy to worry about him doing that).  Now it turns out that the good sand isn’t so good and he’s totally wrecked his bluff.  Here’s a picture to remind you of how much destruction he’s done to his land.  Good luck selling this piece of property to anybody.  Nice job of stewardship and land-ethic. 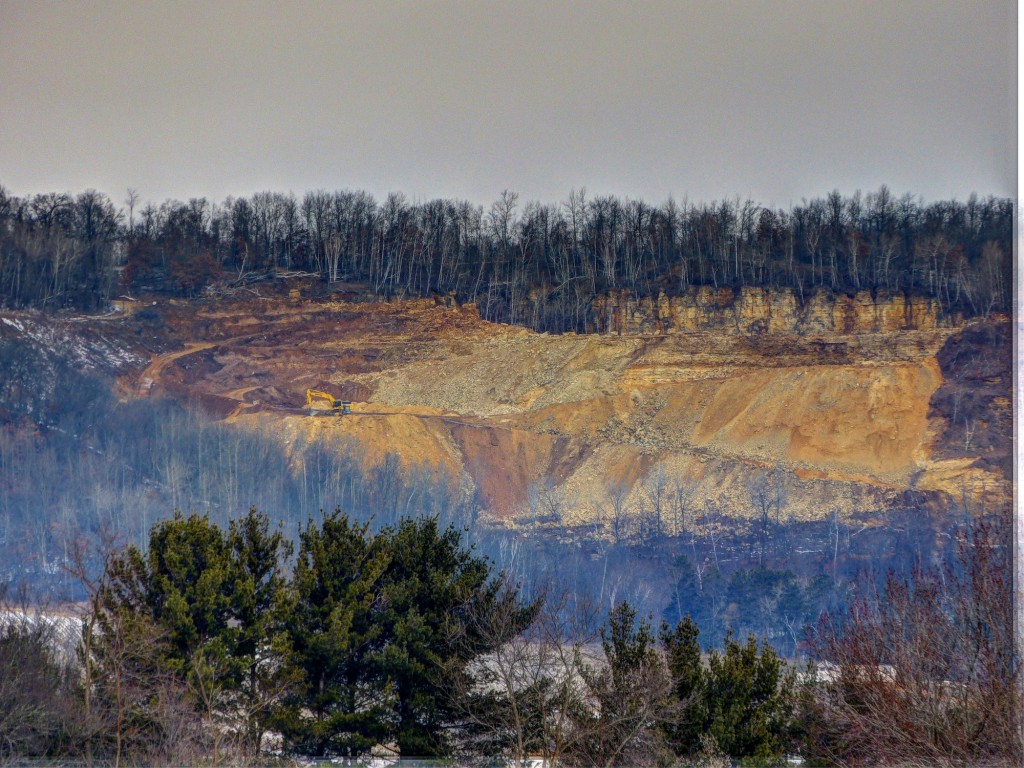 Meanwhile, the same thing happened with the Klevgard Mine.  Shut down because of missed contracts, delays and (as we hear it) poor quality sand.  I’ll try to get up there and take a picture of his “mine” (it’s really just a little un-reclaimed dent in one of his fields) when the rain stops.

We’ve also heard that Reglin and Hesch were selling some of their sand as frac sand but stopped after a whole trainload of sand was rejected when it arrived at its destination in Texas last year – again, too much dirt and too little sand.

So here’s the question peepul.  Are there any operating, profitable, sustainable frac sand mines in Buffalo County?  Or are the real estate sharpsters just flummoxing our County Board, screwing our farmers, flipping their deals and leaving the locals to pay the price.