To:    Buffalo County Board of Adjustments

Please deny this application for the following reasons:

The applicant is requesting two additional options for hauling.  Approving this application will mean that Buffalo County residents along all three haul routes will spend the next 20 years in a state of uncertainty as to whether 125 loads of frac sand will be rolling by their homes and businesses, with the attendant impact on business operations and property value, on any given day.

This extreme diversity of routes makes it impossible for Buffalo County to assess the public heath and safety impact of the mine, since at any given moment the trucks might be going in any one of three completely different directions.

One of the duties of Buffalo County is to assess the cumulative impact of mine operations on the county.  This too will be impossible, again because of the uncertainty of the impact from Mr. Klevgard’s proposed hauling operation on the region.

Expanding the length of the permit is unwise and unwarranted

Klevgard appears to be a marginal operator that needs a fair amount of supervision, given that he just barely got the Reclamation Plan approved in time to meet the 2-year start-up window in his CUP.

Klevgard is out of compliance with the paved tracking pad and tire-cleaning conditions of his CUP if he has shipped any product.  Condition #2 of his CUP states that the tracking pad must be paved at a minimum of 200’ from Highway 88.  That condition goes on to state that the paving must be complete prior to any product leaving the site.   Here is a picture of the Klevgard operation taken today (May 4, 2014). 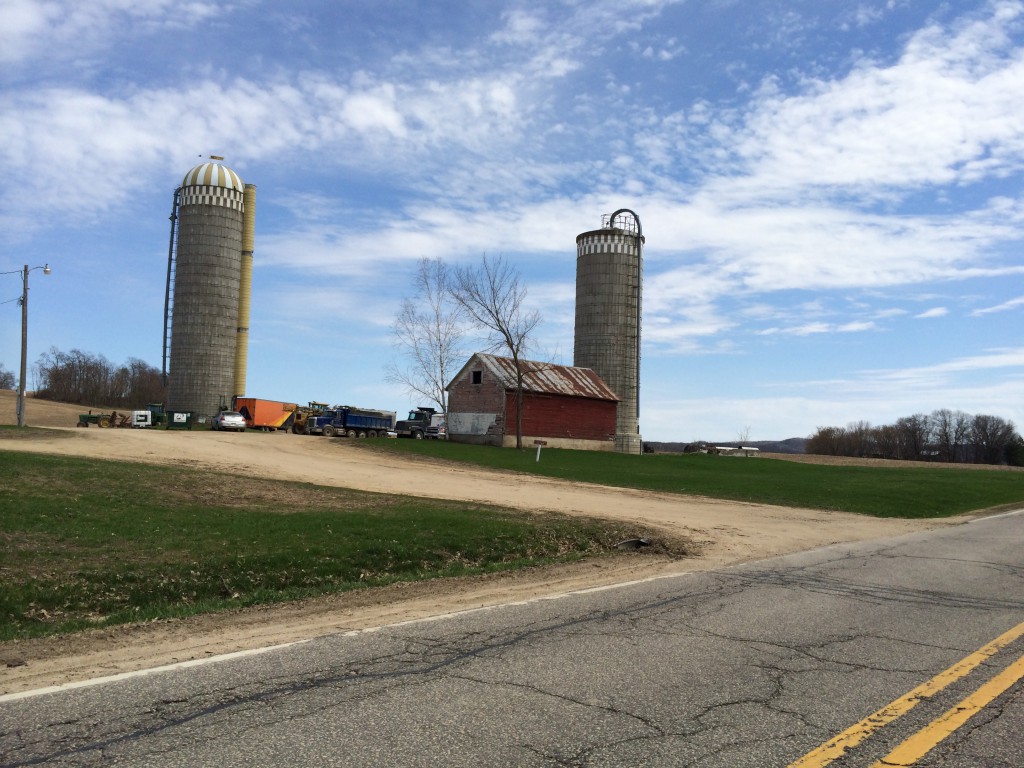 Mr. Klevgard has also been cited for shipping product without a permit at various times in the past.

All of this, taken together, indicates that Mr. Klevgard is an operator who needs a fair amount of adult supervision.  Extending the length of time between reviews of his operation from 5 years to 20 is unwise.

This extension is also unwarranted.  The application for modification states “there’s no feasible way to extract the minerals in 3 years, and execute the reclamation plan that has been approved without being in total disregard to the landowner and the surrounding communities.”

This request is an unwarranted attempt to make life easier for Klevgard (and unnamed others) at the expense of the rest of the citizens of Buffalo County and the region.

Irregularities in the application and the notice of the hearing

Approving an application with all these irregularities establishes a terrible precedent for other mine operators to follow.  It sends a signal that applications can be out of compliance with public notice requirements, and downright misleading, without risking any adverse consequences.

Approving an application that introduces this much uncertainty over haul routes does an enormous disservice to property and business owners of Buffalo County and the region that surrounds it.  Not to mention the inability to assess the health and safety impacts of a constantly changing haul route through one of Buffalo County’s largest towns.

Approving an application that extends the time between opportunities for reviews and course corrections from 5 years to 20 is inconsistent with previous depictions of this mine as an innovative “small footprint” operation.  It’s also a terrible idea given the track record of this applicant.