The future of fracking (and thus frac sand)? Not looking so good. 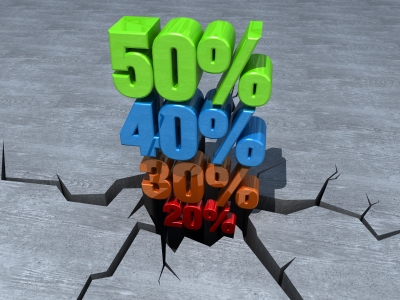 Keep your hand on your wallet, and keep an eye on the economics, that’s my drumbeat message that I’ve been hammering away on for 18 months now.  This is just the latest installment.

You’ve heard of Forbes Magazine?  You know; the mainstream, conservative magazine that rich people read?  Well, here’s a link to an article that does a pretty good job of demolishing the notion that people are going to get rich quick.  Before handing you off to Forbes, I’ll just note that hardly anybody in Buffalo County has actually gotten rich (quick or otherwise) off of frac sand.  This is part of the reason why.  And this is why our leaders (Del D. Twidt this means you) [yes this really is the name our County Board Chair prefers to go by, not something made up out of the Simpsons] are being irresponsible leading the County over a cliff on this one.

Here’s the link to the article in Forbes:

You farmers who are signing (awful) contracts with promoters really ought to take the time to understand what this guy is saying.  Here’s a little chunk that really caught my eye.  Note his use of the term “marginal players” — this means you.

I think the American Oil Boom is at a crossroads. Growth has been remarkable; we now produce more oil than we import. But contrary to wishful thinking we will not become independent in oil by the end of the decade. There’s just not enough available capital to both combat hyperbolic decline rates and add meaningful incremental volumes. The returns on investment just aren’t good enough for players late to the game. (A well in the Bakken does 500,000 barrels; the average well in Alaska’s Prudhoe Bay produced 10 million.)

And looming always in the background is OPEC. According to the Energy Information Administration the average cost of a barrel of oil from the Middle East is just under $20. It would be entirely reasonable for OPEC to open its spigots, drive down the price of oil to $75 (which is not really that low at all) and wipe out all the marginal players in the United States.

Some prognosticators assume that OPEC will reduce its output to make room in the market for North American oil. But if you were the low-cost supplier of a commodity product would you go easy on your competitors? Of course not.