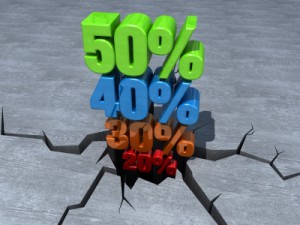 One of the most frustrating aspects of the frac-sand debate has to do with the prices that are being offered to local landowners.  Information is sketchy at best — because the players benefit from not sharing what they know with others.

This means that, adding insult to injury, local producers may well be getting ripped off at the same time that their mines are disrupting the lives of the rest of us.  Bah.

Another difficulty is winnowing “good” frac sand operations from “bad” (quotes are there because I know, it depends on your point of view).  But what if there was some way to set standards (ala organic produce) and then let mines and refiners subscribe to those and use that in their marketing?

What is a “good” price for raw sand at the mine?

I’ve heard from local folks that the going rate ranges from one to three dollars a ton at the sand-mine.  But there’s a lawsuit in Goodhue County that implies that sand at the mine is worth a lot more than that.  Maybe as much as $100 a ton.  At the mine, not at the processing plant.  But let’s start with the $1-3 range first.  How much can a farmer expect to make?  Well, it looks like $500,000 to $1,500,000 per year.  That’s a lot of money.  Here’s the arithmetic (based on sortof flimsy info in this super-secret world);

But how can we (or unsophisticated farmer-suppliers) really know whether this is right?  Nobody is incented to share information, least of all the buyers who really benefit from keeping the suppliers uninformed and disorganized.  Go ahead, try and find out the price of sand at the farm, the factory or the wellhead.  If you do, let me know — I’m really interested in accurate information.  But here is one pair of factoids that indicate that this sand is worth more than what our local suppliers are getting right now.

From their 30-Septermber 2011 quarterly financial report we learn that they’re thinking that they’ll be able to produce 1,140,000 tons of frac sand per year (Canadian tons).

This promotional flyer for the mine says that the revenue from frac sand at the mine could net $70 million a year.  Arithmetic says that’s roughly $60 a ton (Canadian).

So the truth of the matter lies somewhere in the middle of all this — but it seems to me that there’s plenty of room for the prices paid to our local producers to go up.  If they “hang together rather than hanging separately” that is.

Why higher local prices are good

Some of you are probably scratching your head over this.  Here’s a list of good things that happen if locals get better prices at the mine.

There are more good things, but those are three really important Good Things in my view.

The path to better pricing

This situation strikes me as completely analogous to pricing of other commodities.  And the way to get those prices is to cooperate.  With a cooperative.  Most everybody around here is a member of a cooperative of one sort or another already so we already understand how they work and how effective they can be at improving the lives of their members.

What if there was a regional cooperative that owned processing plants, negotiated higher prices for member-suppliers with the energy companies, did the “green” stuff and marketed all that to the wider world?  And what if most suppliers were members?  All those Good Things could happen — to the benefit of us all.

This entry was posted in Ideas. Bookmark the permalink.